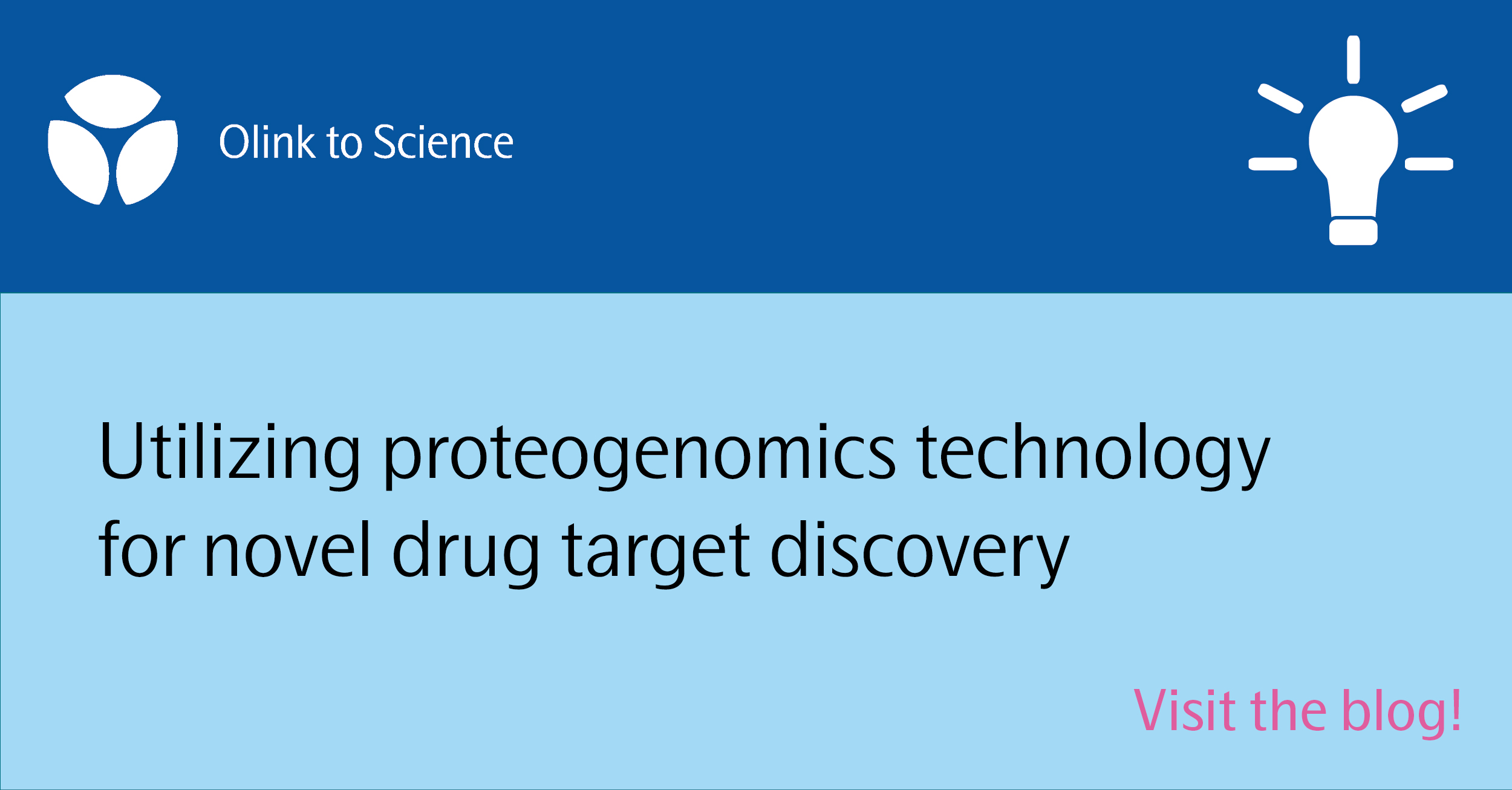 High-throughput multiplexed proteomic technology is leading the way to the latest developments in pre-clinical disease analysis in drug discovery. The pharmaceutical industry is now increasing its efforts in the discovery of novel drug targets by using protein quantitative trait loci (pQTLs), which allows for a more confident inference of disease causality and associated protein regulation. This has the potential to revolutionize the drug discovery process and a major academia-industry consortium is at the forefront of efforts to do just that.

The benefits of PQTLs in drug discovery and development

Developing the next generation of effective medicines will require approaches that deliver actionable insights into the biological processes and pathways underlying human health and disease. Protein biomarkers are increasingly utilized to stratify patients, predict outcomes and responses, and deepen our understanding of disease pathophysiology. Proteins represent the best real-time markers of dynamic biological processes, but they are not sufficient for researchers to assign a cause-and-effect relationship to the parameter(s) being studied. This issue can be addressed by combining genomics and proteomics to identify protein quantitative trait loci (pQTLs)—genetic variants linked to protein expression levels. Variants proximal to the gene encoding the protein (cis-pQTLs) can be used in combination with associated clinical parameters in Mendelian randomization analysis to identify proteins with a high probability of causal involvement in the disease being studied—proteins that could represent novel drug targets. Additionally, genetic variants distal to the protein-coding genes (trans-pQTLs) can reveal novel molecular connections and pathways involved in disease.

How SCALLOP uses PQTLs to link proteins to drug targets

The SCALLOP consortium, made up of 28 principal investigators from 25 research institutes, is a collaborative framework for the discovery and follow-up of genetic associations with proteins. Dr. Anders Mälarstig is a molecular biologist specializing in cardiovascular disease and has been Director of Target Sciences at Pfizer R&D for the past 12 years. Based out of the Karolinska Institute in Stockholm, Sweden, where he is also a senior researcher, Mälarstig has been involved in building a collaborative consortium of principal investigators (PIs) from several research groups called SCALLOP. The consortium makes use of pQTL mapping to help identify DNA sequence variants that are strongly linked to circulating protein levels implicated in disease progression, which in turn holds exciting potential for identifying targets for treatment. Dr. Anders Mälarstig has stated “It’s the combination of the pQTL mapping with Mendelian randomization using disease outcome data that might be the clearest benefit. Or, put another way, there’s this hope that the whole pharmaceutical industry can move to a more human-based discovery of target hypotheses rather than relying on pre-clinical disease models.”

PQTLs in action: a closer look at SCALLOP projects

In the linked webinar, scientists from SCALLOP discuss how enabling technologies allows proteogenomic studies to be performed on a scale not previously possible. They provide interesting examples of such studies, including one assessing links between angiotensin-converting enzyme 2 (ACE2) expression and COVID-19. Erin Macdonald-Dunlop at the Centre for Global Health Research at the Usher Institute, University of Edinburgh, is been involved in constructing and comparing the performance of novel multiomics biological aging clocks and how they might be applied to predict health outcomes over and above chronological age. The project involves the discovery of genetic variants associated with plasma protein levels and the identification of causal associations between these protein levels and disease phenotypes, highlighting potential drug targets. Dr. Xia Shen is a statistical geneticist at the University of Edinburgh, specializing in statistical modeling of high-throughput 'omics big data. His interdisciplinary research interests include genetics, statistical inference, and computational biology. Dr. Shen is also a principal investigator at both the Karolinska Institute in Sweden and Sun Yat-sen University in China, and he leads an international research group in quantitative genetics and biostatistics. From these leading scientists, you will be able to learn about the SCALLOP consortium’s mission and vision to probe the genetics of the human proteome, discover the genetic architecture of 184 circulating proteins related to human disease and hear how genetically predicted ACE2 levels relate to COVID-19 severity.