Immune checkpoint blockade (ICB) therapy has greatly improved the survival of metastatic melanoma patients, with less severe side effects compared to more conventional forms of cancer treatment. While there are many molecules under investigation for new forms of ICB therapy, the most common targets of treatment are the ligands PD-L1 and CTLA4. By blocking their receptors, ICB treatment reactivates the anti-tumor T-cell response.

Not all cancer patients benefit from ICB therapy, which only has a 20 to 30% response rate. Why some patients do not respond to therapy is the focus of current research, and our previous blog post detailed how Olink PEA is being used in this research. The following study by Kasanen et al. (2020) wanted to understand how the immune systems of metastatic melanoma patients changed during anti-PD1 treatment. With a focus on NK and NKT lymphocytes, which play a role in tumor elimination, they further wished to identify how immune system characteristics differed between responders and non-responders to find potential biomarkers for response to ICB treatment.

Over the course of 2 years, researchers collected blood and tumor biopsies from 17 metastatic melanoma patients who had not received immunotherapy before. Samples were collected 1 month, and 3 months into therapy. As well as performing tissue microarray on the tumor biopsies, Kasansen and their colleagues used the Olink inflammation panel, which has one of the highest numbers of cytokine/chemokine assays available, to analyze 92 proteins in the blood samples.

They found that compared to non-responders, responders were on average older (median of 71 years compared to 61.5 years in non-responders). The researchers believe that certain immune system characteristics associated with older age, such as higher levels of OPG and MCP4, and a lower level of naïve CD8+ T cells, may contribute to a better response to ICB treatment in older patients. They also found that responders have higher amounts of NKT cells and other lymphocytes before and during aPD1 therapy and that they had a different immunophenotype (characteristic group of cell surface markers) compared to both non-responders and healthy controls.

Results from the Olink PEA suggested a significant increase in chemokine ligand levels in responders after 1 month of treatment. The binding of chemokine ligands to their receptors stimulates the infiltration of lymphocytes such as NK and NKT cells into the tumor, where they can then eliminate tumor cells. The researchers believe that this increase is due to the pre-existing high level of NKT cells in responders’ blood, as they make large quantities of IFNγ, an activator of additional lymphocytes. Overall, the result is a series of positive feedback loops where the increase in one immune molecule further increases the activity of the next immune molecule to greatly enhance the immune response (see Figure 1). 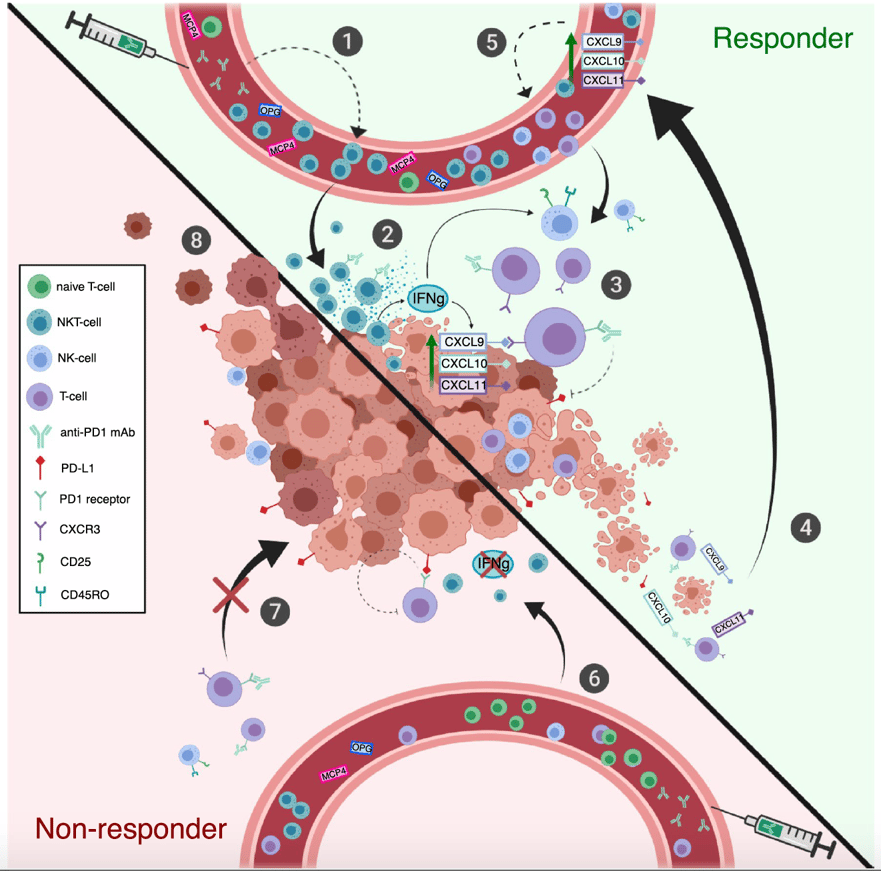 Figure 1: Summary illustration of observed immunological changes in responders versus non-responders in this study. The key differentiation between the two groups is the amount of NKT cells in patients' peripheral blood at the beginning of anti-PD1 treatment (Kasanen et al., 2020).

The use of plasma proteomics in this research field has greatly enhanced the understanding of cancer therapy and its development. Olink technology is optimized for the analysis of the plasma proteome while using a minimal amount of precious sample. How can we help you accelerate your proteomics research?