How proteogenomics can improve drug discovery and development 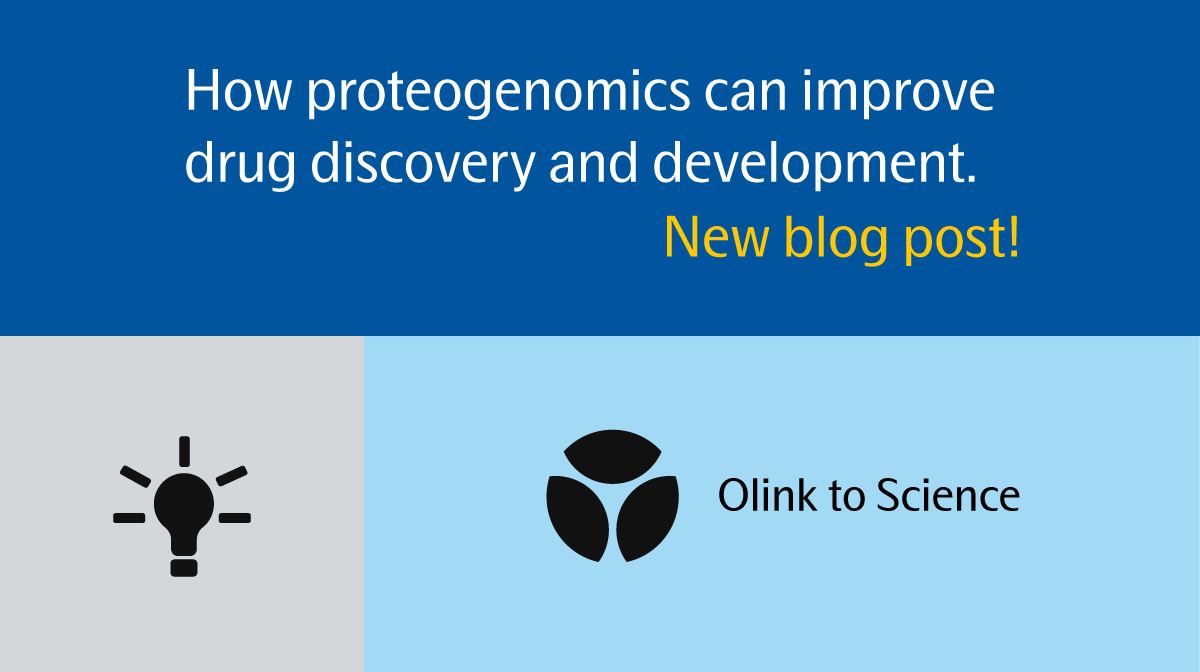 With the advancement of available technologies in recent years, researchers are fast becoming aware of the advantages of using proteomics in their research to better understand human biology and disease and to drive pharmaceutical development towards new and improved therapies. Anders Mälarstig, the director of human genetics at Pfizer, came to this realization early on. While he began his research career using genetics to understand cardiovascular disease, he soon turned to proteomics, and specifically protein quantitative trait loci (pQTLs) to take his research one step further. In the following interview, Dr. Mälarstig makes the case for this proteogenomics approach to advance basic and clinical research and speaks to its advantages in the drug discovery and development space.

Protein quantitative trait loci are gene variants that are associated in some way with circulating protein levels. Therefore, they give much information on how genes regulate proteins. As proteins are the targets for most current drugs, pQTLs serve as models of pharmaceutical intervention, which is important for drug development. By mapping all the pQTLs for proteins circulating in our blood, we then have pharmaceutical models for an array of biological processes, which pharmaceutical researchers can directly interrogate to identify new, robust drug targets. Crucially, the identification of pQTLs within the genes responsible for the affected proteins (“cis-pQTLs”), combined with Mendelian Randomization from phenotypic data, provides the strongest possible evidence that a given protein is causal in the disease being studied.

In basic research, pQTLs may be used to discover other genes that regulate protein levels and may thus be used to map new biological pathways without having to do specific cultivation experiments in cells and animals. In this way, what would have taken multiple hours of research and numerous experiments to achieve may be accomplished with a relatively simple experiment.

Proteogenomics may not only be used to identify promising drug targets more efficiently but are also useful in stratifying patients in clinical trials and identifying which patients will respond favorably to interventions targeting biological pathways. Dr. Mälarstig gives an example from their recently published paper in Nature Metabolism, whereby they used soluble ST2 levels to stratify patients into high and low soluble ST2 expression, which would affect how favorably patients would respond to therapy targeting soluble ST2.

As the science continues to develop, more and more companies are incorporating proteogenomics and proteomics into their repertoire of research approaches. Most recently, UK Biobank selected Olink as their proteomics partner for a large-scale collaborative project funded by a consortium of leading biopharmaceutical companies to identify pQTLs in a subset of their sample bank. You can read more on this initiative here.

The science is still in its infancy, but as pharmaceutical companies like Pfizer continue to drive research combining proteomics and genomics, it is only a matter of time until a significant proportion of pharma company pipelines will be developed from protein biomarkers. Pfizer is now expanding its research from blood to cerebral spinal fluid to investigate diseases like dementia and is following up on leads generated from proteogenomics approaches with functional genomics and traditional cell biology.

In the early days of his proteogenomics research efforts, Dr. Mälarstig approached Olink to help him with a pQTL study. Despite the study using a small sample size, the proteomics results were of such high quality that the study authors were able to already detect genes encoding their proteins of interest. In contrast, a normal genome-wide association study requires the investigation of some 15 million variants to achieve the same results.

The success of this early research eventually led to Anders Mälarstig developing the SCALLOP consortium in 2017. This collaborative framework is set up to share data between researchers who have both genomic and Olink-derived protein data and wish to increase the power of their studies by combining results from those of other investigators. Currently, the SCALLOP consortium has 28 PIs making up its ranks, with Olink proteomics and genomics data from over 40 different human cohort studies.

According to Anders Mälarstig, the future is bright with the medical advances to be made using proteogenomics, and we are only just beginning to glean the benefits of this approach.

Listen to the podcast

Listen to the complete interview by clicking here.