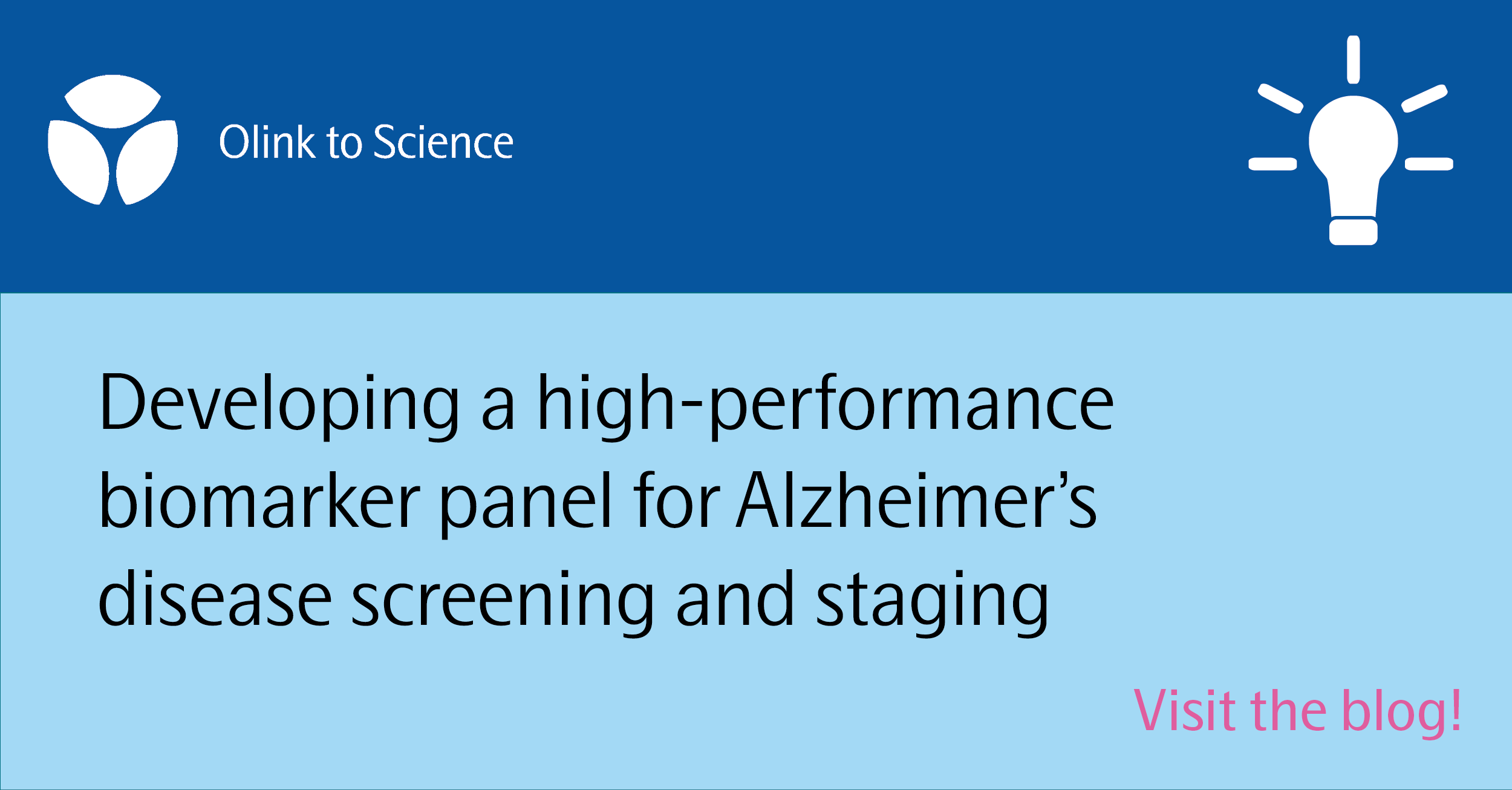 A simple search of the term ‘scourge of Alzheimer’s Disease’ brings up over half a million website hits. A major disease, about 15% of us that reach the age of 67 to 74, and 44% of those 75 to 84 will develop AD. The first biomarkers for AD (amyloid-beta deposits, neurofibrillary tangles, and neurodegeneration markers called ATN) were measured from cerebrospinal fluid, which is hard to sample and is an obvious barrier to wider population screening.

The past few years saw the discovery of blood-based biomarkers for the disease, namely p-tau181 and p-tau217 and neurofilament light peptide (NfL). These biomarkers however do not offer enough differentiation between the different stages of AD using existing methods of diagnosis.

A recent paper using Olink’s Proximity Extension Assay and a set of Olink Target 96 analysis panels examined a few hundred AD affected plasma samples along with normal matched controls, measuring the blood plasma levels of 1160 proteins. Of the 429 proteins found to be dysregulated, 19 “hub” proteins representative of the AD plasma profile were selected to develop a scoring system.

The examination of 180 samples (106 affected and 74 healthy controls) in their discovery cohort identified 429 AD-associated proteins. By using correlation analysis, 19 “hub” plasma proteins were identified and used to build a model for AD classification.

This 19-marker panel was then validated against an independent cohort of 97 more samples (36 affected and 61 healthy controls), and sensitivity and specificity were measured to generate a receiver-operator characteristic.

The value in screening and long-term monitoring

The authors point out that their findings replicated known Alzheimer’s Disease-associated plasma proteins, but ‘also reveal hundreds of novel proteins that are altered in the blood in AD’. The identification of 19 “hub” proteins were distinct protein clusters, each associated with a different biological pathway.

Interestingly, they conclude that they not only are able to classify and stage disease by examination of only 19 proteins, the potential also exists for protein targets for future drug development in the fight against AD.