Protein biomarkers are crucial in early detection of cancer 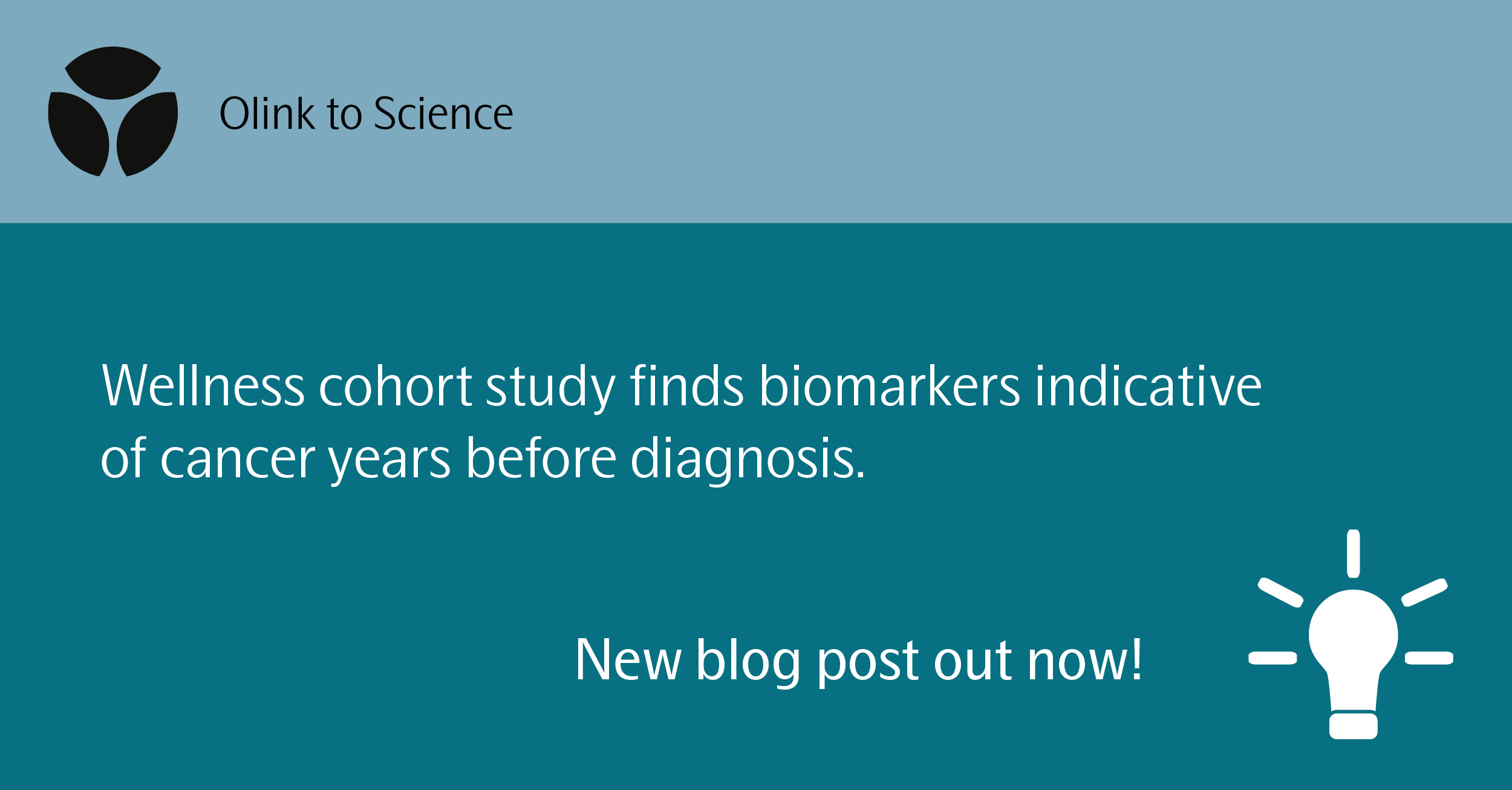 A central premise of precision medicine is to identify biomarkers indicative of disease transitions early on. This is especially important in cancer where early treatment intervention could increase a patient’s chance of survival and reduce the probability of cancer recurrence.

Data collection took place over 3 years, by which time 10 individuals reported a cancer diagnosis. Examination of blood plasma proteins in these patients compared to the other 69 ‘healthy controls’ revealed that certain key proteins were elevated up to 3 years before diagnosis. Even further, one protein was especially over-expressed in 3 patients who were diagnosed with metastatic cancer. The protein, CEACAM5, was an outlier as early as 2 years before these patients were diagnosed, irrespective of tissue type. RNA-seq data taken from metastatic, nonmetastatic, and healthy breast, pancreatic, and lung tissue verified the blood plasma results, finding that CEACAM5 was elevated only in metastatic tissue regardless of type. Figure: Longitudinal trajectories for the outlier proteins CEACAM5 (a), CALCA (b), DLK1 (c), and ERBB2 (d) in patients who were later diagnosed with cancer. Plus signs indicate when the patient was diagnosed. Other trajectories marked in grey represent the trajectories for other samples for that protein in the cohort (Magis et al., 2020).

Other proteins were, however, over-expressed in certain types of cancers. The proteins CALCA and DLK1 were outliers in participants with metastatic pancreatic cancer over a year before their diagnosis. CALCA is a biomarker for medullary thyroid cancer, and both proteins have been linked to tumor growth.

In participants with breast cancer, up to 43 proteins changed in their expression from baseline to elevated levels. One protein, ERBB2 (HERC2), rapidly increased from very low to very high levels of expression between 10 and 4 months before diagnosis.

While the prospective design of the study meant that there were a limited number of cancer cases available for analysis, this study is the first to present longitudinal biomarker data collected before a patient has been diagnosed with the disease. Further work needs to be carried out to validate these results, but this and other studies that focus more on disease occurrence in healthy populations rather than comparing the two is a big step forward in the realization of precision medicine. This is just another example of how Olink and researchers are accelerating proteomics together.

To read more about early biomarkers in cancer diagnosis, read the paper referenced below: